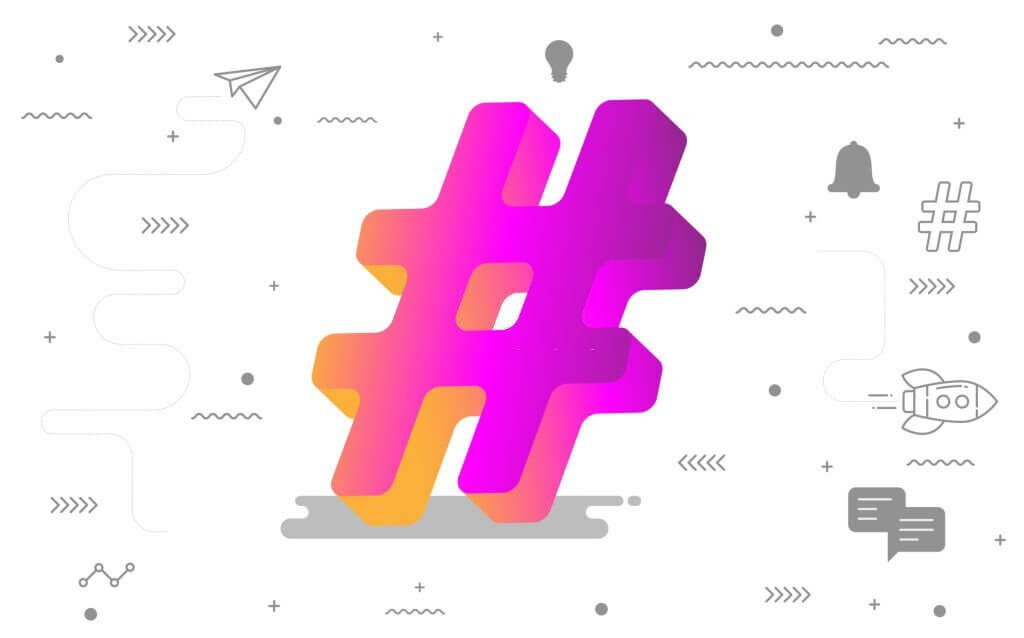 Since the introduction of hashtags, social media has infiltrated the digital realm. Every good marketer understands the importance of hashtags in their digital marketing strategy.

A hashtag is a term that starts with the symbol (#). It’s included in a social media post to help people searching for a term or hashtag related to your topic discover it. It aids in attracting attention to your posts and encouraging participation.

In social media marketing, what does a hashtag mean?

While adding a hashtag to the front of your phrase may appear straightforward, there is some additional information to be aware of when attempting to be discovered using hashtags.

When used correctly, they may significantly impact your social media approach. Here are a few general pointers:

What part of social media marketing does hashtags play?

Hashtags are vital on social media because they allow others to find your content. Finding the correct ones that compliment your range and appeal to users is the key. Using relevant and related hashtags increases the visibility of your content and help drive people to it, resulting in more views, likes, and shares.

There’s a line to be drawn between hashtags that are overly broad and hashtags that are too intricate or impossible to locate. Paying attention to what hashtags influencers in your niche have picked and are using is a fantastic place to start when determining which hashtags are beneficial.

You have a good idea of who the influencers are that are drawing your audience’s attention, but how can you find out who they are if you’re new to the niche?

Influencers are people whose opinions are most trusted and listened to in certain fields, such as celebrities, well-known bloggers, and YouTube users.

How Do They Work?

When you use hashtags on social networks, you inform a follower or user and an algorithm that your content is about a specific topic or category. Finally, it makes it easier for consumers to find related material across platforms, allowing your work to be discovered by a larger (or niche) audience.

If you use relevant hashtags on Twitter, you can boost your engagement if you don’t go crazy. On every tweet, one or two hashtags should be enough. You may increase interaction when you utilise a few hashtags and expressly urge your followers to retweet.

Investigate hot hashtags for even more influence on this site. When you use hashtags on Twitter, individuals who search for your tag will be able to locate your post. It can also help you find conversations in which you can take part.

When you boost the reach of your Facebook posts, hashtags can help because they improve organic reach. On Facebook, it’s critical to avoid overusing hashtags. It’s typically preferable to stick to one or two at a time. More than that will make you look amateurish, and your readers may become irritated. Put a phrase into the search area to find hashtags to utilise.

It’s also worth going back and repeating your best-performing Facebook posts using relevant hashtags. It not only recycles past material that was popular with your followers, but it also has the potential to attract new ones who are interested in your product or service.

Hashtags on Instagram help you to reach a wider audience and enhance interaction. So, to get the largest audience possible, feel free to use up to 10 or eleven relevant and popular hashtags for Instagram Stories.

Although you usually won’t need that many, it’s important to know that more is permitted here so that you may play about.

People haven’t always used hashtags on LinkedIn, but they operate in the same way they do on any other network. Because LinkedIn currently does not allow clickable hashtags in the body of articles, you’ll have to utilise hashtags in your post to have your content noticed.

For LinkedIn, one to three hashtags are typically advised. On LinkedIn, hashtags might help you get your postings in front of individuals who aren’t in your network. Let’s assume you have 500 LinkedIn contacts. If you don’t use a hashtag, your material is limited to that network. However, adding a hashtag may treble the number of people who view your message, increasing interaction and trustworthiness.

Future Connect’s Social Media Marketing course can help you learn the ins and outs of social media networks, whether you’re new to social media or a seasoned pro. You’ll know how to increase interaction and reach on everything from Facebook to YouTube and TikTok. You’ll also learn to generate compelling social content and develop a successful social media strategy.